Raised in Lagos, Nigeria, founding designer Amaka Osakwe studied at Arts University Bournemouth in the UK before launching her ready-to-wear fashion label Maki Oh in 2010. The designer blends traditional, indigenous textiles and motifs with Western silhouettes, and her brand is centered strongly around her own West African identity and culture, and incorporates a traditional Nigerian dye method known as adire. In a conversation with Interview Magazine, Osakwe explained the significance behind the adire process, saying “We used adire because we believe in ethical and sustainable practices, and more importantly, we believe in keeping our cultural heritage alive. It’s is a beautiful art, but it is also a dying art.” Her emphasis on sustainable, slow production processes and a reverence for the female form has resulted in an aesthetic that is wearably feminine and flattering, and has seen Maki Oh receive a 2014 LVMH Prize nomination, as well as recognition from leading international titles including Vogue, WWD, and The New York Times.

In 2012, Maki Oh presented at New York Fashion Week for the first time, sending a nuanced collection teeming with body conscious shapes, draped skirts and floor skimming trousers down the runway in a self-assured debut described by the designer as “a journey of self-discovery through a systematic cloaking and adornment in the ornamental sensuality of womanhood”. But the label’s real breakthrough in the US came in 2013, when then-First Lady Michelle Obama wore a Maki Oh piece during a trip to Johannesburg, and later invited Osakwe to join her at the “Celebration of Design” event at the White House. Since, she’s racked up a list of celebrity clients, her designs having been seen on the likes of Oscar winner Lupita Nyong’o, musician Solange Knowles, and actress Leelee Sobieski. 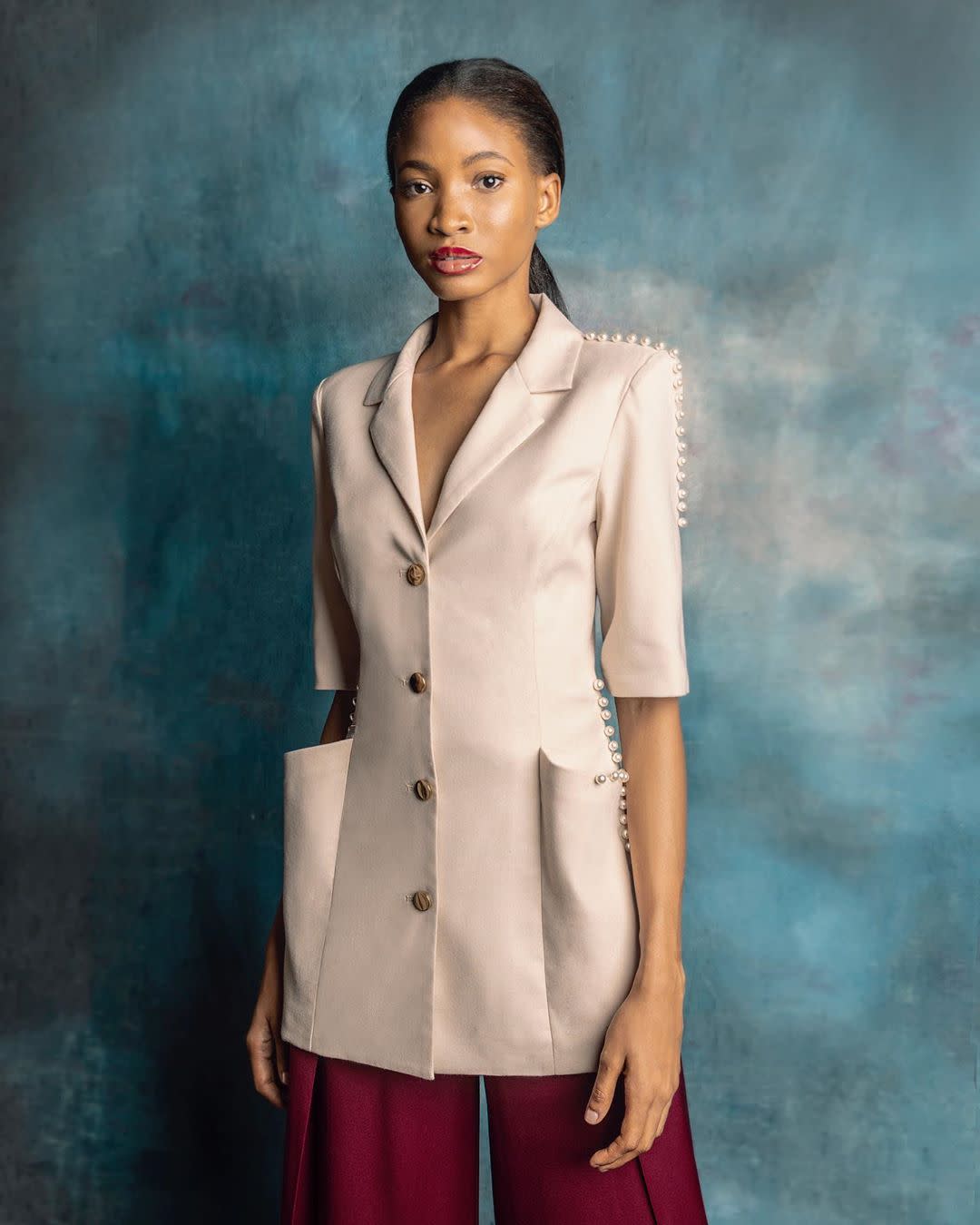 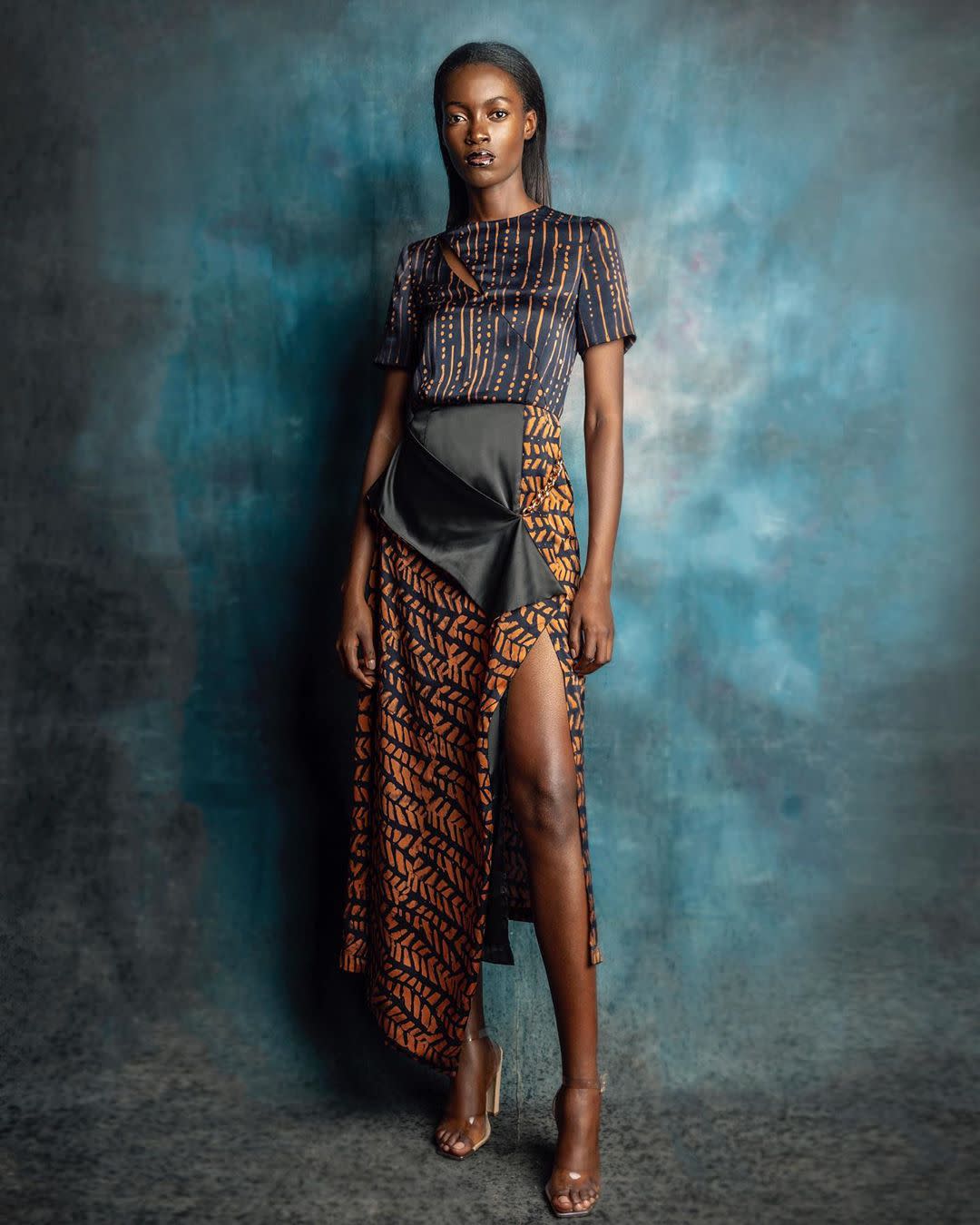 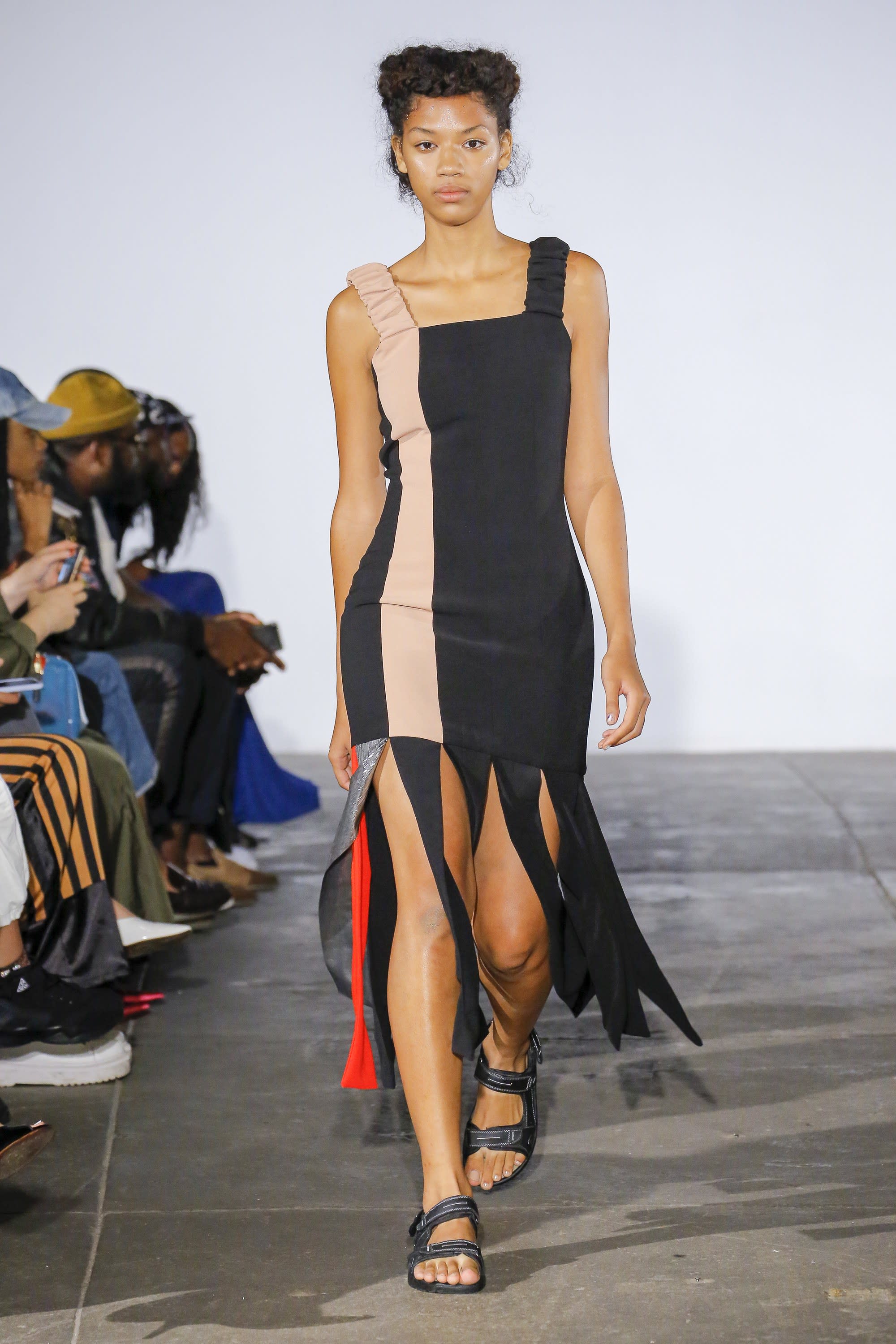 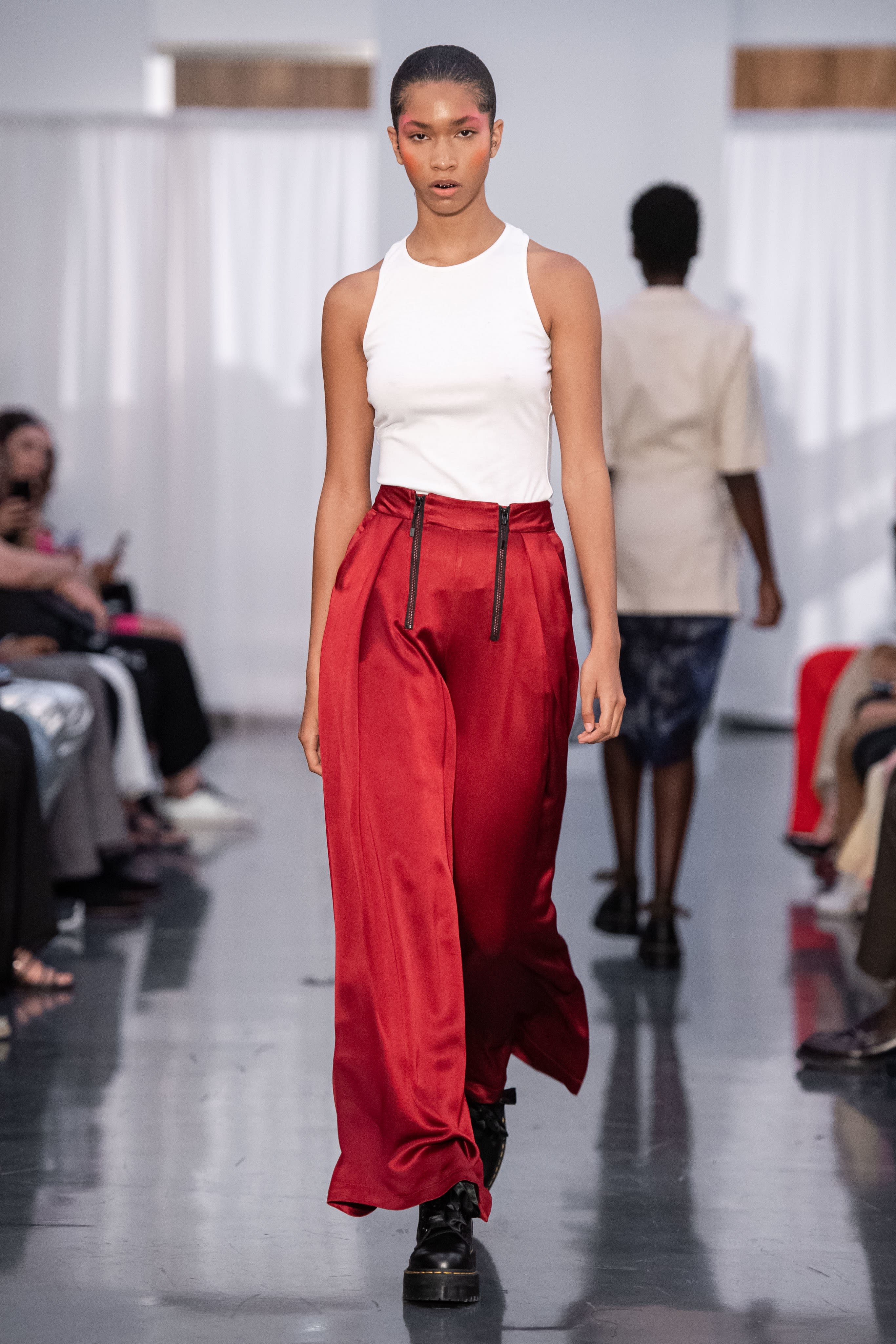 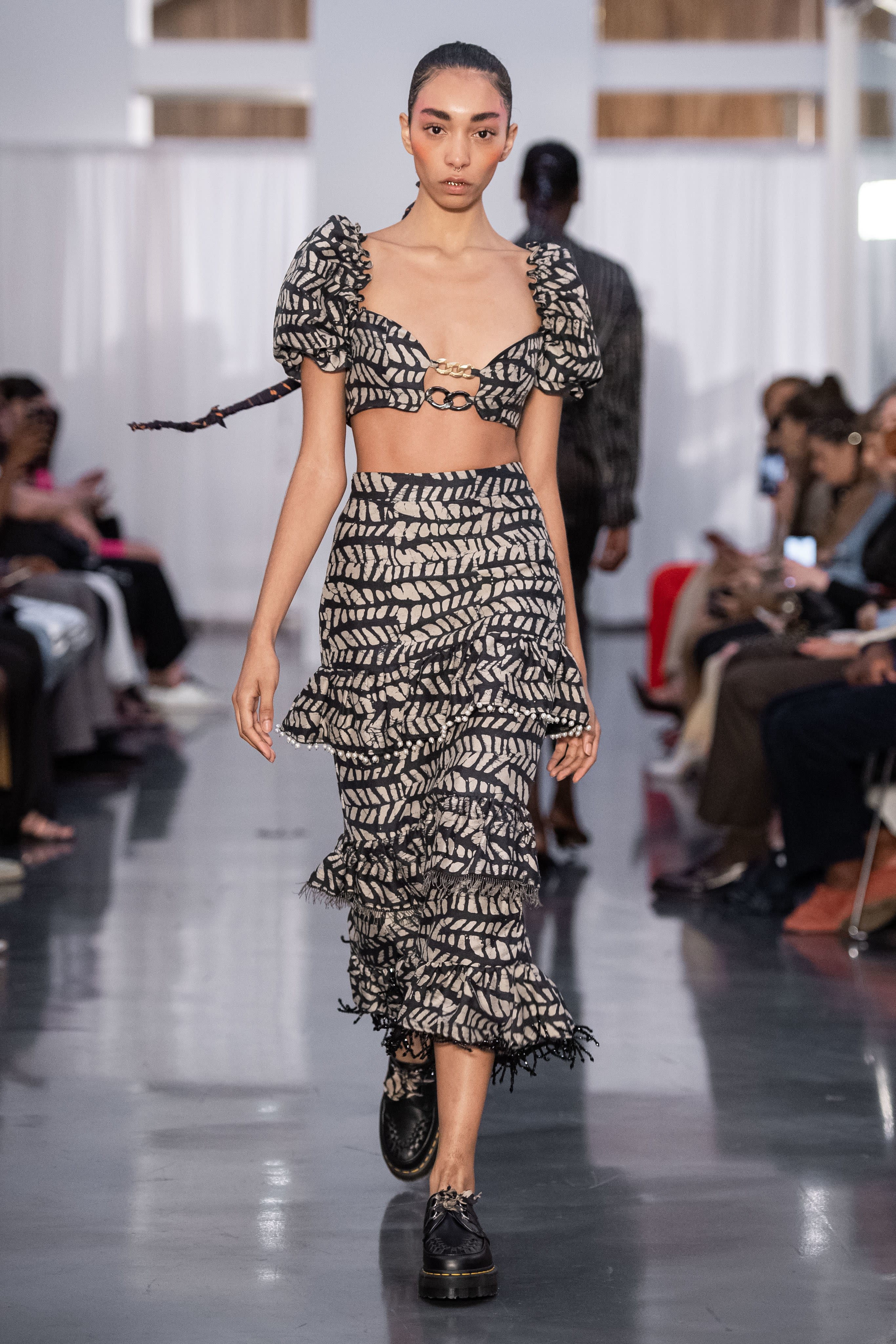 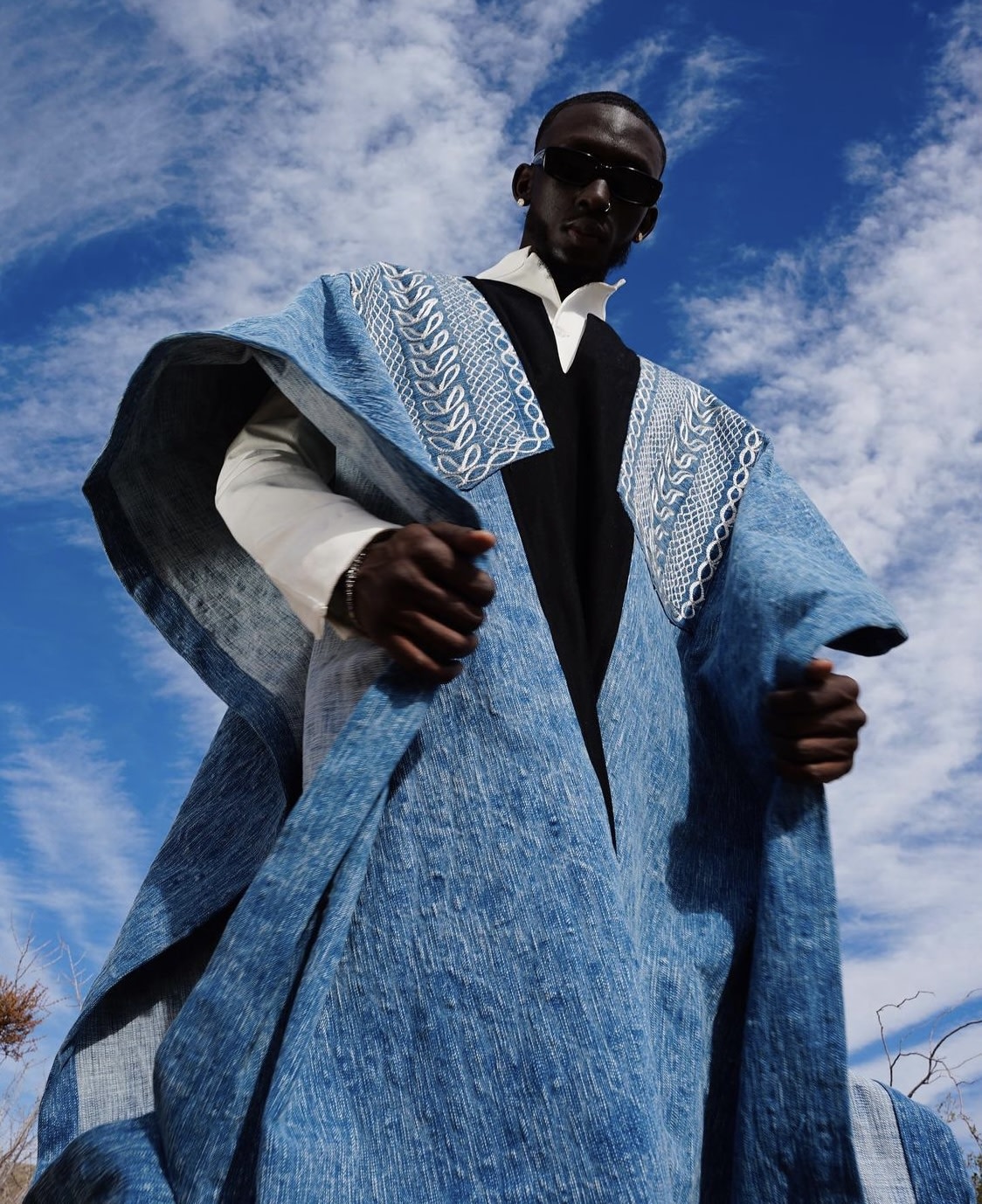